From Bench to Boardroom: Tech Transfer and the Path to Entrepreneurship

Ever wonder how discoveries in BWH labs make their way to start-up companies? Want to learn how to move your idea forward? Join the Brigham Research Institute and MassBio for an expert panel and networking session to learn more!

From Bench to Boardroom

Ever wonder how discoveries in BWH labs make their way to start-up companies? Want to learn how to move your idea forward? Join the Brigham Research Institute and MassBio for

Ever wonder how discoveries in BWH labs make their way to start-up companies? Want to learn how to move your idea forward? Join the Brigham Research Institute and MassBio for an expert panel and networking session to learn more!

Direction to the Zinner Breakout Room (70 Francis Street): The Zinner Breakout Room is located in the Carl J. and Ruth Shapiro Cardiovascular Center at 70 Francis Street, Boston, MA. Upon entering the building at the street level, walk straight towards the escalators in the rear of the building. The Zinner Conference Center is located on your right; the Breakout room is through the large doors on the left.

Add to OutlookAdd to GoogleCal 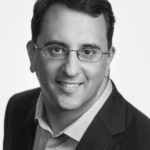 Dr. David serves as Innovation Strategist at the BRI, in addition to being Founder and Managing Director of Pharmagellan, a Boston-area biotech consulting firm. After studying molecular biophysics and biochemistry at Yale, Dr. David received his M.D. and Ph.D. degrees from Columbia University’s College of Physicians and Surgeons. Dr. David completed his clinical training in anatomic pathology at Brigham and Women’s Hospital, and then served as Instructor in Pathology at Harvard Medical School and Brigham and Women’s, where he researched cell signaling in cancer and kidney development. As Director in the consulting arm of Leerink Partners, a leading healthcare investment bank, Dr. David led advisory engagements for corporate, commercial, R&D, business development, and investor clients across all major therapeutic areas and business sectors, including biopharma, devices, diagnostics, life sciences tools, and healthcare services. He also co-founded Leerink’s Transactional Consulting practice, which advised financial and strategic investors and early-stage companies side-by-side with Leerink’s investment banking team. Dr. David also served as Director of Strategy in AstraZeneca’s Oncology Innovative Medicines unit, where he led business strategy efforts from target identification through Phase 2a, spearheaded initiatives in end-to-end franchise strategy and portfolio valuation, led external communications focused on R&D collaborators and investors, and provided commercial support to pipeline projects and in-licensing teams. Dr. David writes about biomedical innovation at Forbes.com and the Pharmagellan blog, and maintains an active presence on Twitter (@Frank_S_David). 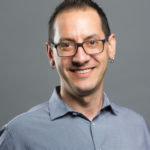 Jonathan Thon, Ph.D., is the co-founder, CEO and Chief Scientific Officer of Platelet BioGenesis. Dr. Thon is a leader in platelet science and has published more than 30 peer-reviewed articles on platelet production and storage. Prior to co-founding Platelet BioGenesis he was an assistant professor at Harvard Medical School and ran his own lab at Brigham and Women’s Hospital in Boston, where he retains an academic appointment. He earned his Ph.D. in biochemistry and molecular biology at the University of British Columbia, Vancouver. 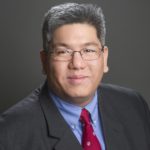 Dr. Lin is the director of the Center for Clinical Spectroscopy at Brigham and Women’s Hospital and Assistant Professor of Radiology at Harvard Medical School. Dr. Lin is a graduate of the California Institute of Technology, where he completed his Masters degree in Bioengineering and his doctoral degree in Biochemistry and Molecular Biophysics. He began his training as a research associate in 1997 and was appointed Director of Clinical Services and Senior Scientist at the Magnetic Resonance Spectroscopy Unit at the Huntington Medical Research Institutes in 2003. Since that time, he has been a visiting research associate at the Center of MR Research at the University of Illinois Chicago. From 2007 to 2009, Dr. Lin had a research fellowship at the National Heart, Lung and Blood Institute at the National Institutes of Health in Bethesda, MD. Dr. Lin arrived at Brigham and Women’s Hospital in 2009.

Dr. Lin’s research interests include clinical applications of multinuclear magnetic resonance spectroscopy in the brain, breast, and liver, and cardiovascular magnetic resonance imaging. He was awarded the Young Investigator’s Award in 2003 for his work in 13C spectroscopy in Alzheimer’s disease and an NHLBI Fellows Research Award for his work in strain mapping of the carotid arteries in 2007. He was recently awarded a Congressionally Directed Medical Research Program grant from the Department of Defense to study mild traumatic brain injury and post-traumatic stress disorder in soldiers returning from the Iraq/Afghanistan wars. In addition, he has ongoing collaborations with the Boston University Center for Study of Traumatic Encephalopathy to examine the long-term effects of repetitive head injury using magnetic resonance spectroscopy. He has co-authored more than three dozen peer-reviewed publications, five book chapters, and 75+ conference abstracts.

Finally, Dr. Alexander Lin has also been recognized through awards and media reports for his efforts in supporting mentorship, particularly of students of diversity through the laboratory’s involvement in the Student Success Jobs Program and Harvard Catalyst summer research studies. He actively mentors Harvard Medical School students and received a Young Mentor Award from Harvard Medical School. Further, he is involved in education and training in several international workshops for MR spectroscopy. 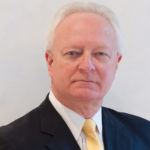 Dr. Miller is Innovation’s Market Sector Leader for Radiology, Anesthesiology, Neurology, Neurosurgery and Psychiatry at Partners Healthcare. Before joining Partners, Dr. Miller was President of CDx Vision, a consultancy specializing in Precision Medicine and Companion Diagnostics. Dr. Miller has nearly 30 years of experience in the clinical laboratory industry and personalized medicine including serving as Executive Vice President and Chief Technology Officer of MolecularMD; Vice President and Head of Personalized Healthcare and Biomarker Strategy, Portfolio and Alliances for AstraZeneca Pharmaceuticals; and leading Genzyme Analytical Services as Vice President and General Manager. Dr. Miller also serves as Chair of the Scientific Advisory Board and is a member of the Board of Directors of Biomarker Strategies. He received his Ph.D. in Experimental Pathology from Roswell Park Memorial Institute, a graduate division of the State University of New York at Buffalo. He completed his postdoctoral work in molecular hematology and viral leukemogenesis at Memorial Sloan Kettering Cancer Center and molecular genetics at the University of Miami School of Medicine. 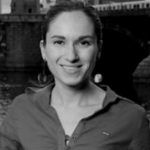 As Director of the BWH Translational Accelerator, Dr Williamson is responsible for all operational aspects, including designing and executing the business plan and strategy. Lina holds more than 12 years of experience in the Pharmaceutical and Biotechnology Industries in areas ranging from Research, Business Development, Strategic Alliances, Scientific Operations, and Entrepreneurship & Innovation.